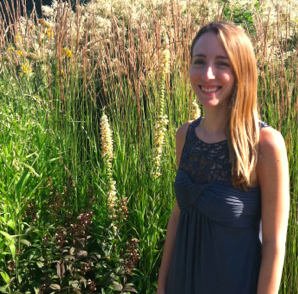 Ginger O’Donnell is a freelance writer and editor with two book projects in the works — one exploring who the predominantly white female teacher workforce is in light of America’s increasingly diverse student population, and the other, a children’s book in collaboration with a former student. In addition, she is working toward her Master of Fine Arts in Creative Writing (poetry concentration) at the University of Missouri-Saint Louis. She is the former assistant editor of INSIGHT Into Diversity and DiversityIS, two national publications focused on diversity and inclusion in higher education and K-12 education, respectively. Ginger is also an experienced teacher. She has taught a variety of subjects, including creative writing, American Literature, and musical theater history and literature at Grand Center Arts Academy in Saint Louis, Missouri. At The Chicago High School for the Arts, she taught dance history and musical theater history. Meanwhile, she taught humanities at UNO Rogers Park High School. She has an MAT in Communication Arts from Webster University and a B.A. in Performance Studies from Northwestern University, during which she studied French theater and translation in Arles, France, translating a French play called Illusions Comiques. Ginger grew up immersed in the performing arts — dancing, singing, and acting.